More revolutionary than evolutionary, SpeakerCraft AIM Series 2 is 100% re-crafted to support sophisticated installations, demanding sonic performance, and advanced object-based surround audio platforms such as Dolby Atmos®, Auro-3D®, and DTS:X®. The re-crafting effort addresses every aspect of the speaker, from front to back, resulting in a sound solution you’ll have to hear to believe.

Defies All Conventions and Industry Norms

Inspired by the line arrays used in concert venues, the high frequency array in the AIM Series 2 family features up to four tweeters oriented along a pivoting arc. They are fed in phase to constructively interfere with each other, thus sending high frequency sound waves farther into the listening area than traditional loudspeakers, and with a more carefully defined sound output pattern as well.

Sound Placement Enhances the Experience A typical single-tweeter “point source” in an architectural speaker radiates a very wide soundfield. This actually creates multiple reflections from the room’s periphery, presenting the listener with multiple delayed and out-of-phase versions of the original sound which reduce the clarity of that sound. The ARC Tweeter Array significantly enhances speech intelligibility by narrowing the sound output pattern in a manner that lets integrators precisely direct the soundfield to the listening area. By arraying the transducers closely together along a single arc, AIM Series 2 minimizes the disruption to the horizontal off-axis frequency response. Meanwhile, the high frequency response soundfield along the transducers’ vertical axis will be diminished due to the close proximities of the adjacent transducers, which increases the vertical directivity. The increase in vertical directivity diminishes reflections outside the listening area, thus enhancing dialog and vocals. The ARC Tweeter Array also enables a lower crossover point to increase the sound pressure level in the critical dialog and vocal frequencies so that acoustically, listeners enjoy a sweeter sweet spot.
A Bolder Richer Sound Complementing the ARC Tweeter Array is the updated WavePlane™ technology that acts as an acoustic lens, focusing the high frequency audio energy into the listening environment for a cleaner, wider, and richer sound. Ordinary speakers only sound their best when you are directly underneath them but the WavePlane assures optimal high frequency dispersion throughout the listening area.

Taking Sound to New Levels The enhanced aim-ability of AIM Series 2 presents new options for sound design—from home theater to whole home audio. More than ever, sound can be directed to a specific section of a room, angled toward a seating area or wherever an audio impact is desired.

Optimal Sound Dispersion
As a final touch, the AIM Series 2’s Vortex Eliminators disperse sound as it reaches the outer edge of the speaker baffle. Acoustically, this moves the speaker closer to the surface of the ceiling, improving the overall dispersion of sound and eliminating any tunnel effect found in lesser ceiling speakers.

Longer Lasting, More Stable Installations
While the front of the speaker gets most of the deserved attention, the back of this speaker delivers game-changing technologies as well. The all-new design of the AIM Series 2 leverages Acoustic Isolation Technology™ to decouple the speaker housing from the surrounding materials, providing a more acoustically repeatable installation and improving sound transference to the listening area by eliminating structural resonance created by the surrounding wall or ceiling. The minimized resonance transfer is achieved using co-molded, lower density compounds and sets AIM Series 2 apart from any speaker in in the industry. You hear the speaker as it is meant to sound—not colored by the resonance of the material on which it is mounted.

Totally ReCrafted
Simply put, every element of the AIM Series 2 has been ReCrafted for heightened aesthetics and enhanced performance. 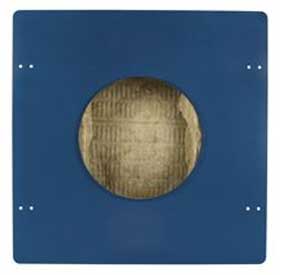